103 Apple tries to resolve the battery life issues in iOS 15.4 update, people are not impressed

Apple tries to resolve the battery life issues in iOS 15.4 update, people are not impressed 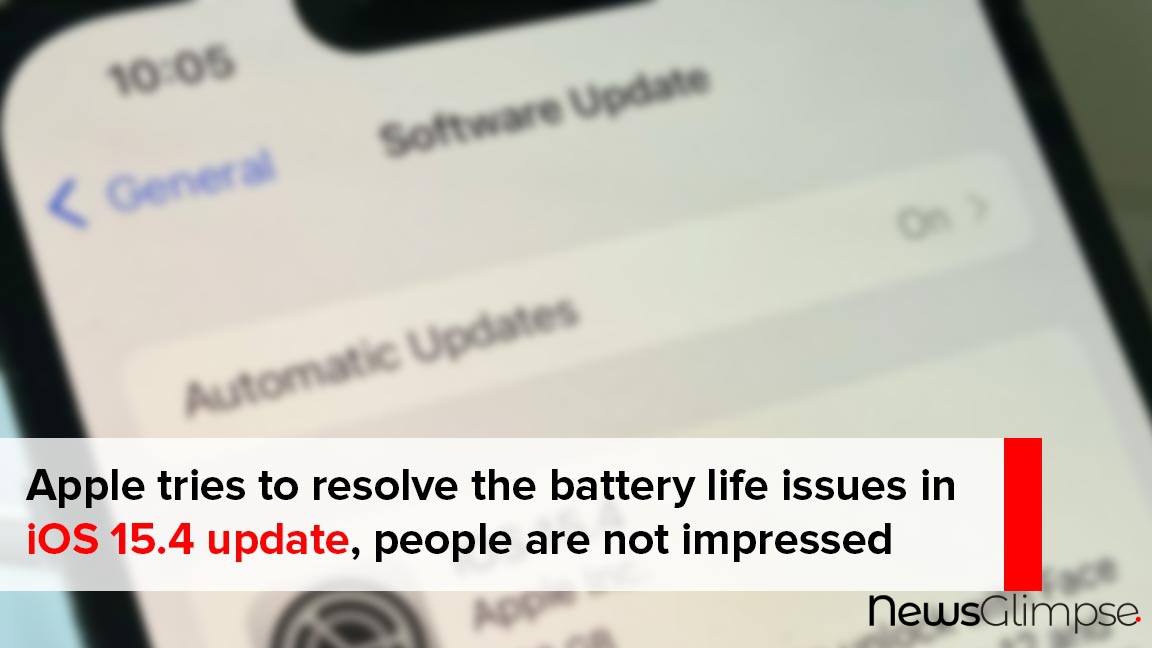 People have been complaining for quite some time about the new iOS 15.4 update, which they claim causes battery drain.

Apple does not typically acknowledge such faults, but they did so this time around and reacted to all of the complaints.

The number of users has revealed some very shocking insights into the phenomenon of extreme battery drains, and we couldn't agree with them more.

One iPhone 11 user said that, before to the update, he would charge his phone once and use it all day; however, now his battery is completely depleted even before noon.

Apple reacted to the post with a tweet "Thank you for getting in touch with me! We'll be more than delighted to assist you.

It is typical for your applications and features to need adjustment for up to 48 hours after an update has been completed.

We'd want you to send us a direct message if there is still a problem after that, so we can assist you in looking into it further." Says Apple support

Also, it's a good idea to select a low-power mode, which dims the lights automatically and eliminates system animations. Nothing will load in the background until you enable low power mode, which takes around a minute.

But that is not enough, is it? They are merely informing consumers that this is typical and that we will have to wait for the battery level to return to where it was before to the upgrade.

It's preferable to be prepared for the worst-case scenario at all times, and our recommendation is to have a power bank with you at all times. However, for the time being, this is the only solution to the problem until the battery levels are restored.