BEST TIME TO GO TO ICELAND IN 2022: A MONTH BY MONTH GUIDE 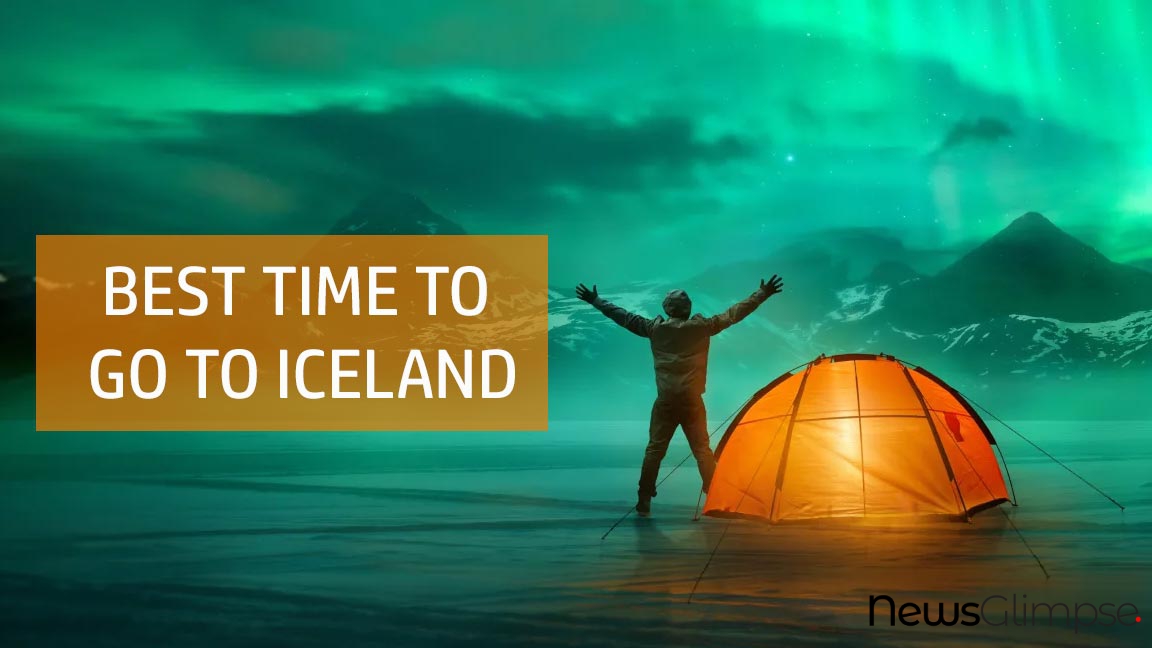 Iceland is best to visit during the summer. Is it better to go during the high season or off-season? Which is better, summer or winter? Allow us to provide you with a rundown of the advantages and disadvantages of visiting Iceland for each month of the year to assist you in planning the ideal vacation.

Iceland is a popular tourist destination, so you're not alone in thinking about the ideal time to visit. Since its appearance at the top of Lonely Planet's list of the world's best places to visit in 2012, Iceland has been on the bucket list of thousands of people around the globe. However, it is not inexpensive, and it is not a place to visit on a whim.

In preparing for your vacation, it is only fair that you want to visit Iceland at the most appropriate time of year to ensure that you see and experience all that is on your itinerary. Here is our Iceland travel guide, which includes a month-by-month assessment of the ideal time of year to go based on your interests and weather conditions.

Winter in Iceland is known for its short days, freezing temperatures, though not as frigid as you would assume, a layer of snow, and a high likelihood of seeing the aurora borealis the northern lights.

During the winter months, daylight hours are restricted – and on the winter solstice, which occurs around the 21st of December each year, there are as little as 3 hours of daylight available! This is particularly beneficial for those on the lookout for the northern lights since it creates a 'golden hour' impression during the whole time the sun is visible in the sky. It's also one of the reasons why winter is the ideal season to visit Iceland to see the Northern Lights in 2022.

When it comes to traveling across the nation in the winter, travelers may encounter impassable smaller, highland, and mountain roads, as well as challenging driving conditions due to unexpected weather patterns.

Whatever the query, it's possible that Spring in Iceland may provide the answer. Winter in Iceland begins to fade as the days become longer and the snow melts, exposing Iceland's beautiful green scenery for the first time each year.

Spring is a candidate for the best time to visit Iceland since it is shoulder season, which means costs are cheaper and fewer people in the country. However, in exchange for this privilege, anticipate rain, wind, and the rare bright day, all of which will be accompanied by moderate temperatures. Can you see why Spring is one of the finest seasons to visit Iceland? It's not difficult to figure out why.

Wearing a fleece and a rain jacket will keep you warm and dry, as will a decent pair of water-resistant shoes. However, there are several possibilities to see Iceland, as well as beautiful light for photography, as well as the opportunity to view the puffins coming to the Icelandic shore between mid-April and mid-August, as well as the lambing season in full force.

There is also a possibility to view the Northern Lights until the beginning of April and see the strength of Iceland's waterfalls increasing as the ice melts into the streams and rivers of the country.

Traveling around Iceland's ring road – which should not be mistaken with the Golden Circle, which takes just a few hours to circle - is particularly enjoyable in the Spring.

In Iceland, the Ring Road is a 1300km circle that takes you through some of the country's most stunning landscapes and provides a superb glimpse of the whole island's landscape. Rent a camper and go on a week-long road trip in it. Camping in Iceland will be a memorable experience for you.

Iceland is your oyster, as well as everyone else's, throughout the summer months - and this is unquestionably peak season when tourist numbers soar. For an arctic circle nation, the weather is moderate; several attractions are open and accessible; yet, when the tourist season comes into full stride, and large numbers of people arrive in droves, costs skyrocket.

Summer (June, July, and August) is unquestionably the most popular time to visit Iceland. It also happens to be the most acceptable time of year for weather. Because of the long days, mainly because of the Summer Solstice, which is the longest day of the year and boasts 21+ hours of daylight, Iceland photography is in its element. It isn't called the midnight sun for anything. It is home to various natural wonders to be discovered and enjoyed. The answer to the issue of when is the best time to go to Iceland for most people is during the summer months.

Iceland in the Fall is ablaze with color. It is often regarded as one of the most delicate times to visit Iceland if you want to escape the tourist masses.

While the National Parks are showered in a riot of color, the lava fields are scattered with patches of green moss. The colors are most intense right before the snow begins to fall in the National Parks. There is still plenty of daylight for most summer activities. Still, the temperatures are a bit cooler, and there are fewer visitors, which means reduced pricing for most activities.

From mid-November onwards, there is also the possibility of seeing the Northern Lights (aurora borealis) – but be warned: to see them, you must be out late at night or very early in the morning and away from any sources of light pollution to have any chance of seeing any aurora activity. Iceland in September is considered the best month to visit by those seeking to see the Aurora Borealis.

Fall is also known as the "off-season," It is a beautiful time to come since it is less crowded than the summer months, and you will also benefit from lower pricing. We believe that Iceland in October and November is the most significant month to visit Iceland since you will have the highest chance of seeing the Northern Lights while still paying significantly lower rates than the rest of the year.

Thus ends our month-by-month analysis of the best time to come to Iceland, which we hope has been immensely helpful in your trip planning efforts. And you've discovered that there isn't a wrong time to visit Iceland since there is so much to see and do all year long

Our personal favorite months to visit Iceland are Spring or Autumn. However, we'll leave that up to you once you've read the article to decide which season is the best to visit Iceland.

Which season would you choose to be your favorite? Please let us know in the comments section below.