103 Chris Rock seems to be still processing the slap

Chris Rock seems to be still processing the slap 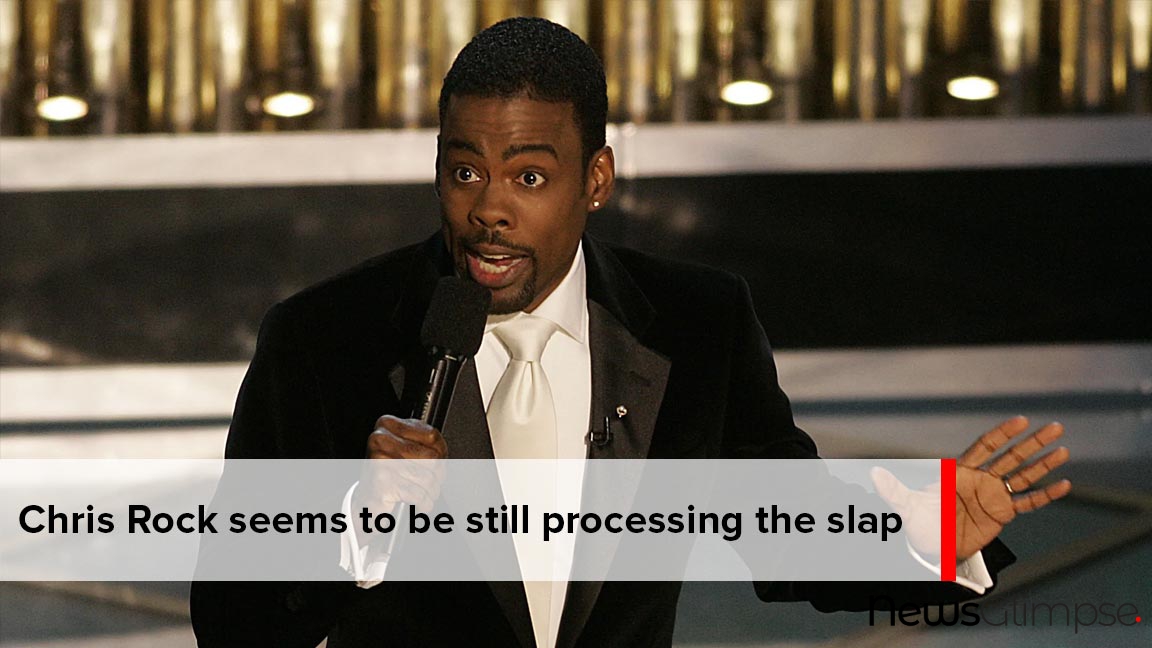 After making a joke about Jada’s shaved head, and receiving a delightful slap from Will Smith.

Chris said that he is still kind of processing what actually has happened.

“Other than the weird thing, life is pretty good,” Chris said in his first two sets.

After the night time performances which came just three days after Will Smith slapped the Chris for making a joke about his wife, Jada Pinkett Smith, on an Oscar Academy Award.

Chris Rock did not really mention anybody by name at the show in Boston. Judging by his appearance he kind of seemed like he was embarrassed by what happened and the response he received after getting smacked. When the fans yelled “I love you, Chris!” — the comedian seemed to be getting emotional.