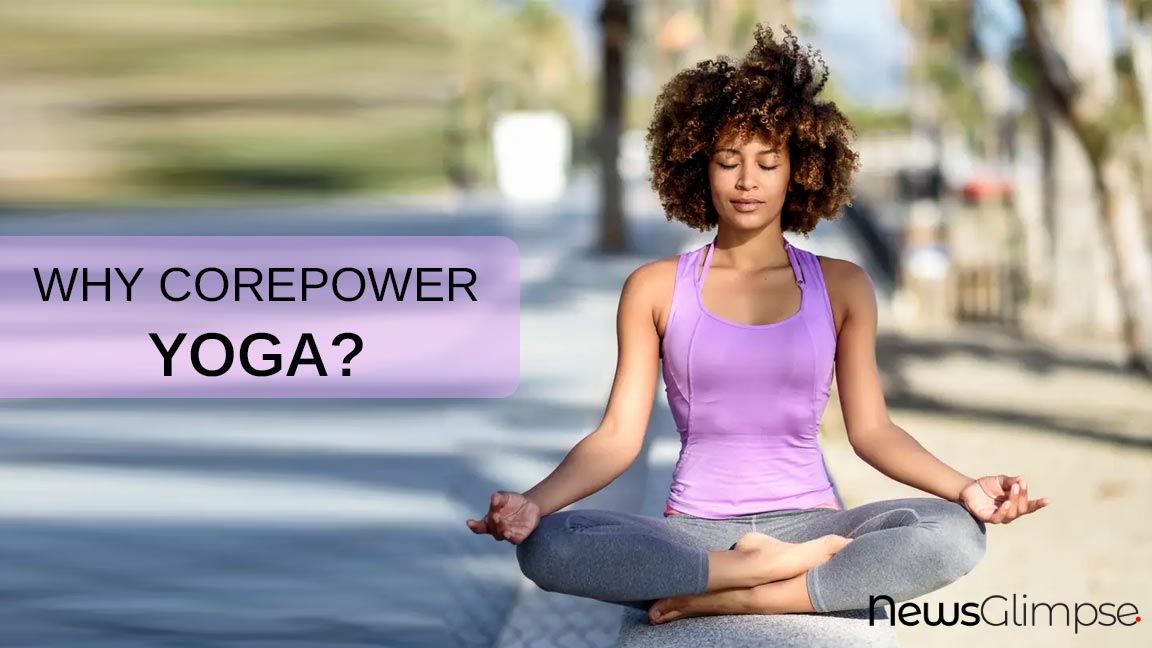 Even if you lived in a huge city like New York or Los Angeles, you could only find one, maybe two types of yoga lessons. However, there is now a yoga-based workout for almost everyone. With titles like "Yoga," "Glo-ga" (glow-in-the-dark yoga), and "Voga" (supposedly vogue yoga), it's no surprise that folks are curious to see what's going on at their local studio.

CorePower Yoga, in particular, has carved out a niche for itself by integrating yoga and strength training. Though you won't get as ripped as a CrossFitter, if you've ever wished your strength training sessions were more attentive (or your yoga workouts were tougher), check out one of their programmes.

Here's an insider's guide to CorePower Yoga before you sign up.

What Is CorePower Yoga and How Does It Work?

Consider CorePower Yoga to be a high-intensity physical workout combined with conventional yoga mindfulness and flow. In fact, "our kind of yoga is unlike any other," they declare. However, if you're searching for classic Hatha, Ashtanga, or Iyengar yoga, you'll be disappointed.

Classes range from beginner-friendly to "yoga expertise a plus," but the purpose of each session is to stretch and strengthen your muscles. Each of their four classes is described in detail below.

An Overview of the Past

Core power yoga, also known as Power Vinyasa, is widely regarded as a Westernized version of Ashtanga Yoga. Beryl Bender Birch, an Ashtanga Yoga instructor, coined the term "core power yoga" to describe this unique type of yoga practice. Yogis were inspired by Sri K. Pattabhi Jois, a prominent Sanskrit scholar who offered his expertise and ideas on his form of Ashtanga Yoga, to bring the practise to the west. Since then, Western yogis who recognised the benefits of this kind of yoga began to teach it, and the discipline became known as core power yoga.

You can argue that the benefits you'll get from practising core power yoga are a lot greater than what you'd gain from doing just one specific yogic style because it incorporates numerous styles and disciplines and often involves three unique programmes. Core power yoga's fast-paced flow of movement assures that it's an excellent approach to stay physically active, so you can reap the physical advantages of yoga including strength, flexibility, and endurance.

Students will benefit from expanded lung capacity and regulated breathing patterns thanks to the inclusion of a fundamental yoga element (which focuses on breathing as the root of inner power). These, in turn, aid in the relief and management of stress in students, as well as the treatment of asthma and other respiratory disorders. You'll be able to acquire tactics for creating peace and inner focus by learning yoga positions and strategies for concentrating on breathing.

If you want to learn how to practise yoga for both physical and mental benefits, this style of core power yoga is one to consider. You will not only gain from the increased focus on physical strength, endurance, and flexibility, but you will also benefit from the mental and spiritual benefits connected with the other kinds of yoga.

What Is the Level of Difficulty in CorePower Yoga Classes?

According to Christie Klach, CorePower Yoga's New York City area leader and master trainer, "every session at CorePower Yoga is meticulously crafted and balances physicality with mindfulness, allowing individuals to pick how intense they make their experience."

CorePower Yoga 1 is a moderately paced beginner-friendly yoga class. C1 is a fundamental lesson with a fixed sequence, according to Klach, that allows you to gain confidence in yoga positions via repetition.

CorePower Yoga 2 is the brand's hallmark workout, including a more challenging Vinyasa format. It's a hot (95-98 degrees Fahrenheit) lesson that builds on basic yoga postures while increasing the intensity.

This session combines CorePower 2 Yoga sequencing and cardio with free weights. Klach describes it as a one-of-a-kind yoga experience. Yoga Sculpt is a "yoga experience a plus" level, similar to CorePower Yoga 2, so make sure you know your Down Dog from your Up Dog before reserving your mat.

This beginner-friendly practice combines power yoga and hot yoga at temperatures ranging from 98 to 100 degrees Fahrenheit. This session is ideal for all fitness levels, with a focus on yoga poses that open the shoulders, hips, and spine while strengthening your core and upper body.

Klach recommends doing both Yoga Sculpt and CorePower Yoga 2 to acquire a greater sense of the intensity and mindfulness of CorePower Yoga (as long as you already feel comfortable in a standard yoga class).

In a CorePower Yoga Class, What to Expect

Each lesson is different, although the majority of them last roughly 60 minutes. The number of students in each session varies based on the studio, but Klach estimates that each session has between 20 to 35 pupils.

Because CorePower Yoga 1 is a beginner's class, you can anticipate moving at a slower pace and focus on linking your breath to your movement. The instructor shows the motions and makes any necessary corrections with his or her hands.

With a few additions, the CorePower Yoga 2 session expands on the poses you learned at the prior level. As you walk through various yoga sequences in a warm room, expect to push your yoga skills as well as your core.

You can anticipate completing a mix of yoga postures, strength training exercises (including Dumbbell Deadlift,  lunges, push-ups, squats, triceps kickbacks, rows, and biceps curls), and cardio drills like high-knees and single-leg kicks in the CorePower Sculpt class. Be prepared to sweat because this is a high-intensity programme that mixes cardio and strength training into a full-body workout (and then be sore).

The Hot Power Fusion class will undoubtedly warm you up if you're in the mood for some heat. To give you a hard exercise, the practice mixes the strength of Vinyasa postures with hot yoga. Even though the session is open to students of all levels, the teachers advise doing a few CorePower Yoga 1 lessons first.

What you wear to CorePower Yoga makes a difference, as insignificant as it may appear. Klach recommends wearing sweat-wicking training attire because you will sweat whether you want to or not! Also, if you're taking a warm class, make sure you're dressed in a way that allows you to feel comfortable in a hot environment (i.e., shorts over full-length leggings).

For newcomers, every school provides a complimentary yoga mat and towel on your first visit, after which you can either bring your own or hire one for a cost. Also, don't forget your water bottle; if you forget, you can always buy one at the studio.

The majority of CorePower studios do not require reservations, however, if you want to attend a session during peak hours (for example, early morning or after work), arrive 10 to 15 minutes early. First-time students should arrive 15 minutes early to meet the instructor and express any questions they may have.

Finally, it is critical to attend class regularly. "The more you interact with the CorePower Yoga community and become familiar with the yoga postures and intensity, the more you'll see the magic that happens when your physical body and mind work together," Klach explains.

Finally! Locate a CorePower Yoga Class in Your Area

Are you ready to attempt this one-of-a-kind yoga fitness experience? To assist you to find a studio near you, the CorePower Yoga website includes a complete list of its studios. With over 200 studios across the country, including locations in Arizona, California, Hawaii, Minnesota, New York, Tennessee, and Washington, you're sure to find a class that meets your needs and matches your schedule.

Another benefit for first-timers is that the first week is free. Because the amount you pay per class varies by location, make sure to check each studio's website for its specific price structure. A single lesson in Los Angeles, for example, will set you back $27, while a workout in New York City will set you back $32.

Even if you live too far away to visit one of their locations, CorePower Yoga On Demand allows you to sweat and practise Savasana whenever and wherever you choose. The on-demand sessions, which are available on a variety of devices including iPhone, Android, and FireTV, are equally as good as those taken in the studio.

You also have nothing to lose by trying a free week of unlimited lessons. If you sign up, you'll get unlimited workouts for $19.99 per month or $199.99 per year, with the option to cancel at any moment.