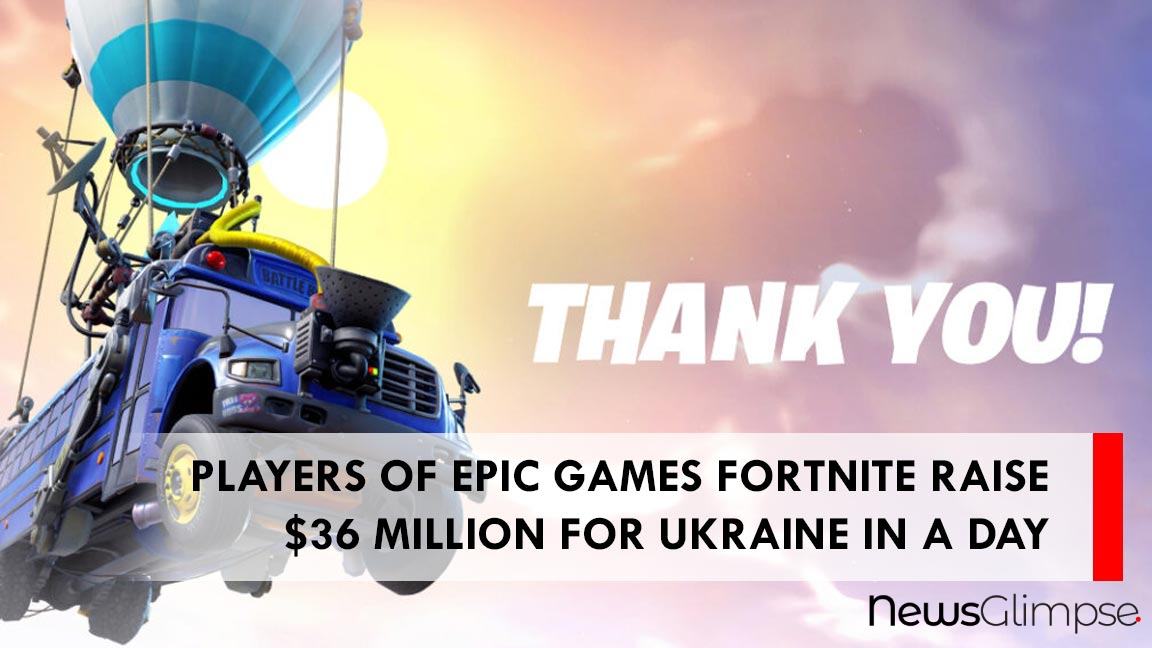 Epic Games stated yesterday that all proceeds from in-game purchases would go to a charity supporting humanitarian operations in Ukraine for the next two weeks. Epic has said that in only 24 hours and with 13 days left, it has raised an incredible $36 million.

Epic Games stated yesterday that from March 20 to April 3, all “real-money” purchases made in Fortnite would be donated. Epic says this includes buying V-Buck packs and cosmetic packs for actual money.

Epic said retail sales of V-Buck cards would also be counted, but only if redeemed within two weeks. Xbox will also donate any profits generated in Fortnite on Xbox for the following two weeks.

Epic also said that it would donate the profits it makes as soon as possible, rather than waiting for “actual monies to come in via our platform and payment partners,” which may take a long time. Instead, Epic will donate the monies days after the reported “transactions.”

Epic says all proceeds will be given to charities such as Direct Relief, UNHCR, UNICEF, and the World Food Program. Epic said it would continue to add nonprofits.

The Ukrainian people need this money to cope with Russia's continuing and brutal assault. The battle has already claimed hundreds of lives.

In addition, it has pushed nearly 3 million refugees to depart the nation. Since the invasion began in February, Sony / PlayStation, Twitch, Netflix, EA Games, and Witcher developers CDPR have all removed support from the nation. De plus, many countries have imposed and enforced economic sanctions on Russia.

Two video game charity packages earned over $12 million for the war-torn Ukrainian people nearly the weekend. It's been a while since Fornite Chapter 3 came out, but it's finally here!