103 How To Make Slime Without Activator [Top Ways]

How To Make Slime Without Activator [Top Ways] 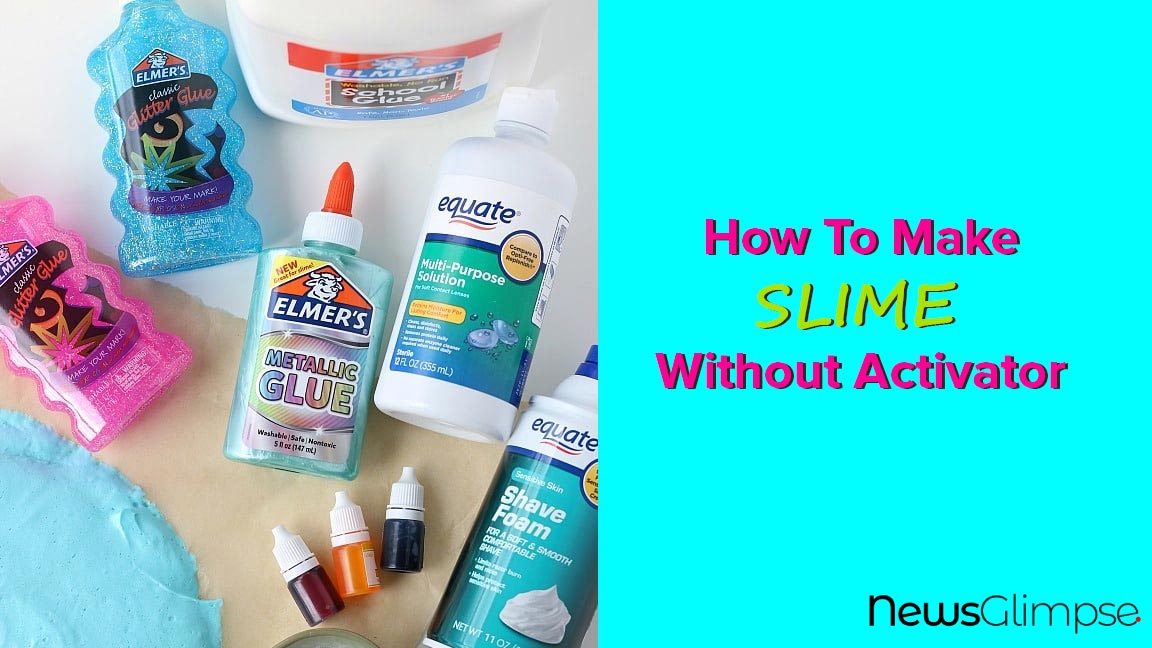 Playing with a fluffy slime isn't only a pleasant way to pass the time for your children. This is a great technique for teaching youngsters the scientific method and at the same time teaching them patience and trial and error.

However, many slime-making processes use borax and other harmful activators to activate the slime. Borax and many other activators are natural but potentially hazardous ingredients. So why should you stay away from borax? We'll tell you all about it and tell you How To Make Slime Without Activator

Parents must learn How To Make Slime Without Activator. A slime recipe without activators will allow your child to enjoy all of the benefits of this pastime while avoiding many of the risks.

What Exactly Is Slime?

Glue and water are the most common slime constituents. To make a perfect slime base you have to combine these ingredients. Then an AA substance known as an activator is added to the base to create the slime. The activator is determined by the slime formula you select Change the base and activator ratio to.

Change the base and activator ratio to make your slime thicker, stickier, and more ru. You can also add glitter, color, toys, fragrances, and other objects to your slime.

Why Is Borax So Harmful?

Borax isn’t that much harmful. Many daily products contain it, and many youngsters build slime with it without ever having an issue. Borax, on the other hand, can harm sensitive children if they are overexposed to it or if it is handled inappropriately.

Irritation of the skin, eyes, and lungs

When you add borax to your mixture, it can release molecules into the air, which can be breathed. This can irritate any child, but it's especially dangerous for children who have asthma or other respiratory disorders.

Children that have sensitive skin can get rashes and also face the issue of dry skin when playing with slime. Chemical burns have been observed in some extreme cases.

Borax, or a borax material, can cause stomach problems, diarrhea, shock, and even kidney failure if consumed. However, Parents had to save the child from eating borax to avoid getting ill.

HOW TO MAKE SLIME WITHOUT ACTIVATOR

Slime By Using Shampoo and Cornstarch

This slime-making process contains all the ingredients which are easily available.

This slime isn't as jelly-like as others, but it still has the same effect.

Kids love this recipe because it allows them to use frothy shaving cream.

For this process, Fiber Sludge Powder or Any fiber powder containing hydrophilic psyllium mucilage will work. Since mud thickens in response to heat, it thickens much more each time you heat and cool it.

You should be aware that contact lens solution contains trace amounts of boric acid before attempting this recipe. However, by using it instead of other borax-containing substances, you can minimize the amount of borax your baby is exposed to.

Making slime may be a messy and stressful experience. Consider it all part of the fun since, once you get the hang of it, making and playing with slime can provide your youngster with hours of entertainment.

Slime is also a fantastic science fair project, and many aspiring entrepreneurs experiment with creating and selling slime. What are the chances? Slime has the potential to inspire greatness in your youngster.