103 How To Set Up Solitaire [Perfect Guide]

How To Set Up Solitaire [Perfect Guide] 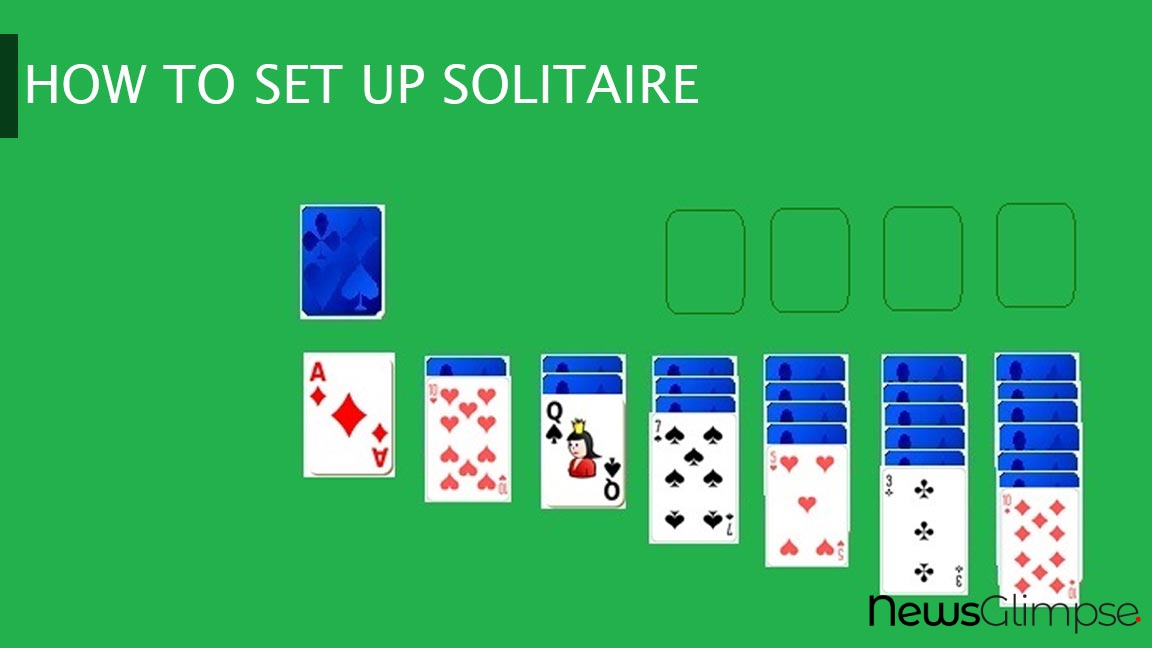 Are you a solitaire lover? But couldn’t be able to set up the solitaire perfectly? Cards games can help you learn new skills, improve your mental health, and, most importantly, strengthen your friendships and family relationships. Solitaire will keep you entertained whether you're stranded at home alone or can't locate somebody to play with. Unlike other card games, solitaire was not created to be played with people. It's a game that's best enjoyed on your own. It's just as interesting as other card games, whatever the case may be.

This game does not require a lot of space; all you need is a deck of cards and a place to play. Solitaire is a simple game to pick up, and most people can master it on their first attempt. The rules appear difficult at first, but as you learn how to set up the game, it becomes easier with each play.

In this guide, we will tell you how to set up a solitaire. It only takes a minute to set up and can be done from anywhere. But first, learn what is solitaire actually and all the rules related to it…

What Is Solitaire Exactly?

In simple words, Solitaire is a card game for one player only. Solitaire is a card game that is played using a full 52-card deck. The game's length is decided by how long it takes the player to make each move, but it normally lasts between 5 and 15 minutes. If you've ever played online solitaire, you'll notice that playing solitaire with cards takes a little longer because you have to physically move and flip the cards instead of clicking on a screen. The game is also known as Patience or Card Solitaire. Despite the fact that the game's roots are uncertain, it became popular in nineteenth-century France. In 1788, it was first mentioned in a German game anthology.

Solitaire's purpose is to arrange all of the cards in each suit in ascending order from low to high (hearts, spades, clubs, diamonds).

Aces have a low value in solitaire. To win, you'll need four foundation stacks, organized by suit and arranged from bottom to top as follows:

You won't be able to win every game because many solitaires rely on the order in which you draw your cards. You'll regularly run out of moves and will have to forfeit or modify the game. It's worth noting that winning solitaire with cards is more difficult; this is because computer-generated solitaire games are typically designed to optimize your chances of winning, particularly on the easier levels. The actual likelihood of winning solitaire with a randomly sorted deck of cards is about 1/30.

HOW TO SET UP SOLITAIRE- STEP BY STEP GUIDE

Setting up a solitaire is not rocket science it’s as easy as ABC. You just need to follow some simple steps and you are ready to go… You'll be well on your way to being a master at solitaire once you understand how to set up solitaire. Dealing with cards is not difficult as you think. The challenge, though, is to recognize the pattern.

Always skip the first card after dealing all seven cards in a row and begin dealing with one card facing up and the rest face down. On the second, third, fourth, fifth, and sixth cards, repeat the pattern. Always deal the last card face up from the 7th stack.

Hopefully, after reading this guide you will be able to find out How To Set Up the Solitaire perfectly…