More Plates More Dates Height Of Success - How He Got There 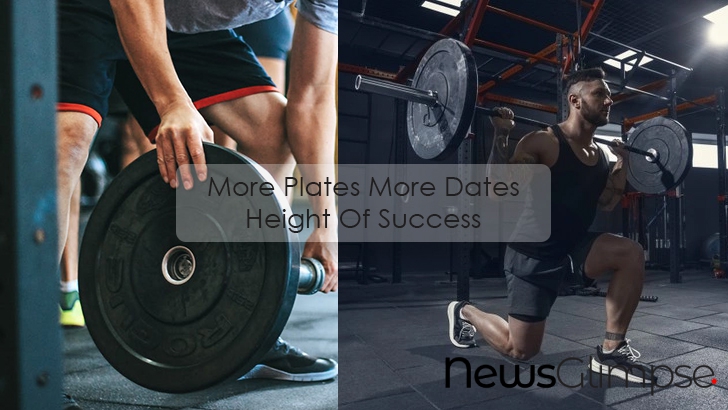 When the name of a brand immediately draws you to the product, you know you've got something fascinating. And if the subsequent research/exploration makes you glad that you discovered something good, it's a double whammy. This is exactly what Derek, the founder of More Plates More Dates, has accomplished. Derek has been critical of fitness influencers that use tricks and flukes to gain more followers, therefore tarnishing the industry as a whole. He is committed to building a space for himself by generating material that is fascinating, entertaining, and well-researched.

One thing is fitness. Another aspect is bodily knowledge. When one works out, a whole new world of pain and gain becomes available to them. The struggle is serious, and so are the changes. Going to the gym and sweating it out and pumping it up, on the other hand, is only half the work. Acquiring information about proper diet, vitamins, and the like adds a sense of completion to fitness. Derek, who is well-versed in body language, has concentrated his efforts on this.

"I've been researching health and performance for almost a decade," he explains. Regardless of how busy I am, I strive to remain current on current literature and find ways to incorporate it into my writing in a unique and amusing way. The more I studied pharmacology, endocrinology, and various elements of human performance, the clearer it seemed that I wanted to make a profession out of it. As a result, the website, YouTube videos, Instagram page, and so on."

Derek's YouTube channel has over 550,000 subscribers, and he has over 230,000 Instagram followers. As his following and stature as a fitness influencer expand, it's evident that there are men out there who want to learn how to improve many elements of their life.

Who Is Derek, and Why He Came Up with More Plates More Dates?

Derek is a young entrepreneur who has created a distinct niche for himself through his social media company More Plates More Dates.

More Plates More Dates is described by him as "a one-stop-shop for assisting you in getting yourself on the proper road to become the best you imaginable."

His platform has grown dramatically, as seen not just by his following and interaction, but also by the expansion of his supplement firm Gorilla Mind and his hormone replacement treatment clinic Marek Health.

His success did not come easily, and it took him two years to get 10,000 subscribers. He's now averaging 1,000 subscribers a day and posting videos on a daily basis to keep his followers interested.

More Plates More Dates, unlike most fitness YouTubers, does not restrict his material and examines areas such as hair loss prevention, hormone optimization, and pharmacology. He's worked with prominent celebrities, pro bodybuilders, and professional athletes throughout the years since his counseling skills are in great demand!

The emergence of MPMD's internet popularity has piqued the attention of admirers in his personal life. He even has a Reddit community with over 50,000 followers. Despite his celebrity, Derek maintains his personal life secret and does not reveal his surname. I attempted and failed, to find his complete name out of curiosity. I'd never dox him!

Derek earns a regular passive income from different business activities and has a net worth of $500,000. YouTube AdSense, affiliate marketing, and Gorilla Mind are his three primary sources of revenue. He makes between $5-$10 per thousand views on YouTube since the bodybuilding niche is highly advertisement friendly.

More Plates More Dates has been assisting individuals to live lives that are focused on continuous self-improvement for many years. His material is based on years of personal experience, customer discussions, and ongoing studies.

Background, and Motive Of MPMD

Derek has spent years writing articles and filming YouTube videos to distribute instructive material about staying on top of your health and performance, using his keen insights in biology, endocrinology, and pharmacology.

Derek transformed More Plates More Dates into a one-stop-shop where people can go to learn about fitness, health, self-confidence, and a variety of other unique issues in the men's self-improvement area. He is well-known for his guidance on everything from bodybuilding to diets and supplements.

"More Plates More Dates is supposed to be a readymade platform for self-improvement," Derek added, when it comes to reaching their full potential, many people are their own greatest adversary or sell themselves short. I'm hoping that films like mine will assist point them in on the correct path. When I was a teenager, I had a similar feeling and felt like I was doing myself a disservice by underachieving in so many areas where I honestly believed I could flourish if I applied myself. I was encouraged by online mentors and was able to turn things around by stepping outside of my comfort zone and attempting new things.

The real zeal with which MPMD was founded distinguishes it from the competitors. The entrepreneur has had a remarkable journey, and his personal experiences, along with his tireless study, have resulted in an intriguing hybrid platform for education and enjoyment.

Derek has lately indicated that he is more focused on expanding his own brand and enterprises in order to have a significant impact on the fitness and healthcare industries.