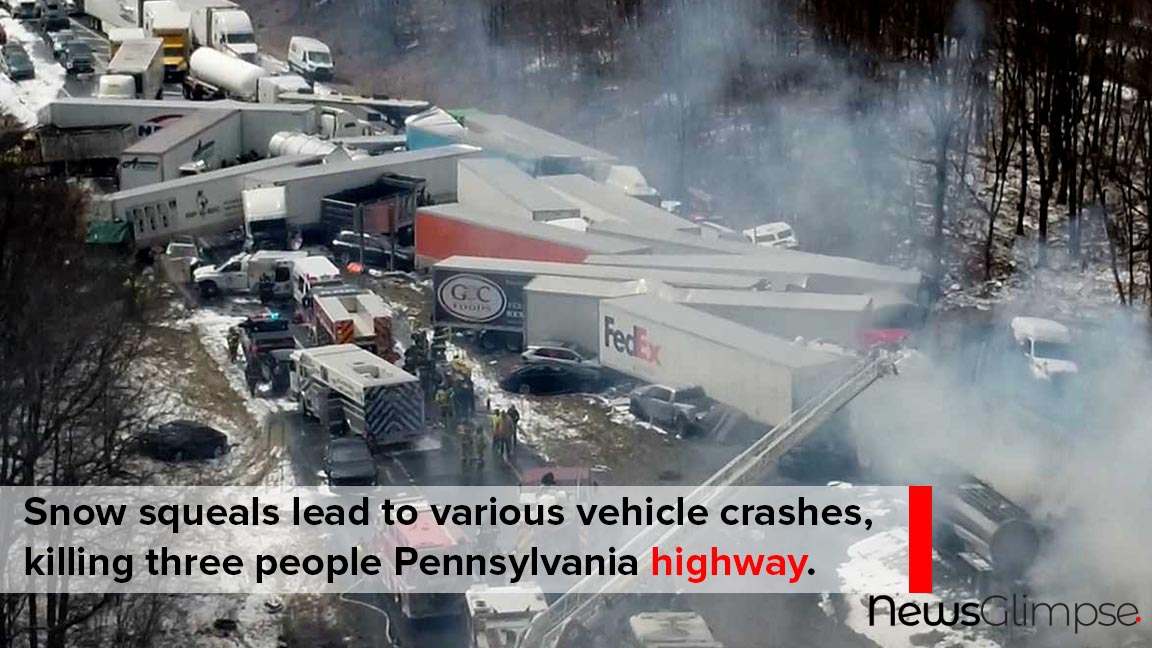 According to a deputy, emergency management coordinator, severe fog and snow caused a pile-up of around 40 automobiles, resulting in the transport of 20 persons to a nearby hospital.

The event happened at 10:30 a.m. on Monday in the northbound lanes of Interstate 81, near mile marker 116, and was reported to authorities.

Mike Moye, one of the victims, was trapped in the disaster and managed to record footage of it.

Because the fog and snow were making it difficult for him to see where he was going, he decided to stop his car on the side of the highway, he was filming the entire scene.

"I was under the impression that everything would be OK.

I assumed the vehicles in the rear would be aware of the situation and slow down, but no one did.

They kept stacking up and piling up. "He made a statement. Moye’s footage showed an 18 wheeler plowing into other cars, two other vehicles driving back to the 18-wheeler's rear, and a minivan swerving off the road. A car comes swerving into the scene and yells "Watch out!" as it hits Moye and the black sedan.

Meanwhile, the vehicle catches fire as a result of the flow of smoke plumes that has engulfed it.