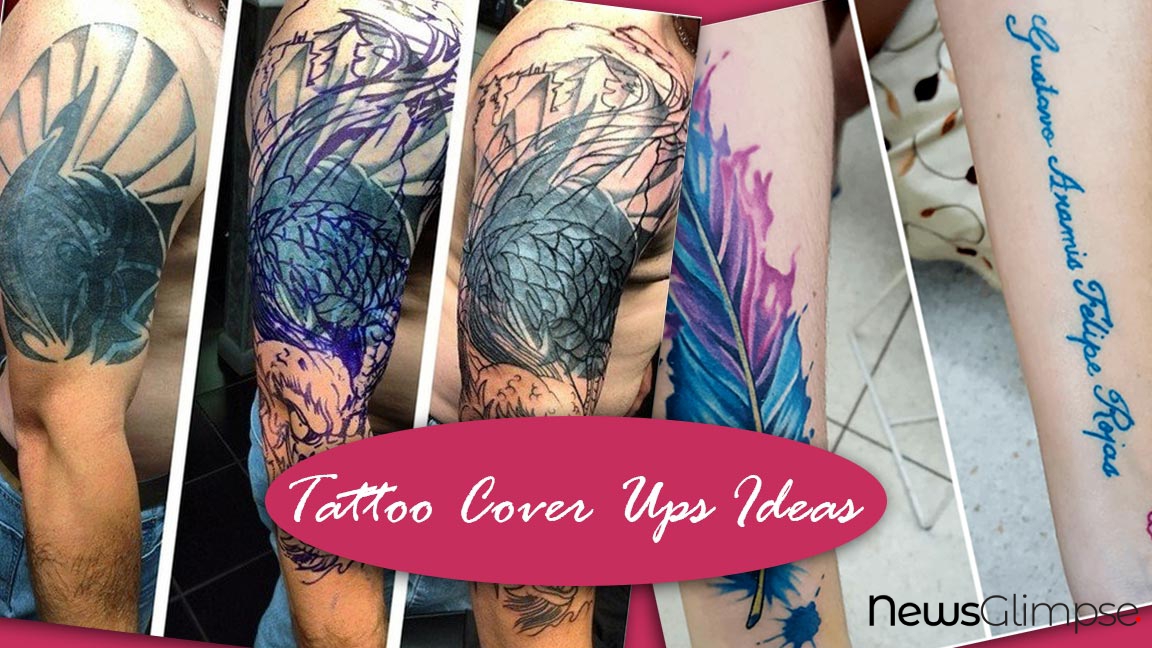 A list of tattoo cover-up ideas, their placement, and alternative cover-up ideas may be found in this page. The tattoo cover ideas are categorized based on the tattoo that has to be covered. For a competent tattoo artist to cover over your tattoo, a list of factors such as the size of the prior tattoo, its age, and its placement is very important. There are numerous alternatives available, including name cover-up tattoos. More tattoo inspiration can be found here..

People frequently get tattoos as a fashion statement or to express an idea that they will carry with them for the rest of their lives. However, not every tattoo or piece of body art has to express a long-term idea or viewpoint. You might be requested to remove a large inappropriate tattoo at work, or you might want to erase your ex's name, or you might no longer believe in the same ideology, or you might no longer relate to that quote. As a result, tattoo cover-up ideas are crucial.

The most prevalent types of tattoos in today's society are name tattoos or tattoos with names. You don't have to have that ex's name or a word you believed in a long time as a tattoo for the rest of your life! Here are some options for name tattoo cover-ups, with comparisons to the old tattoo and the new cover-up tattoo. Here you may see photographs of tattoos before and after they've been covered up. 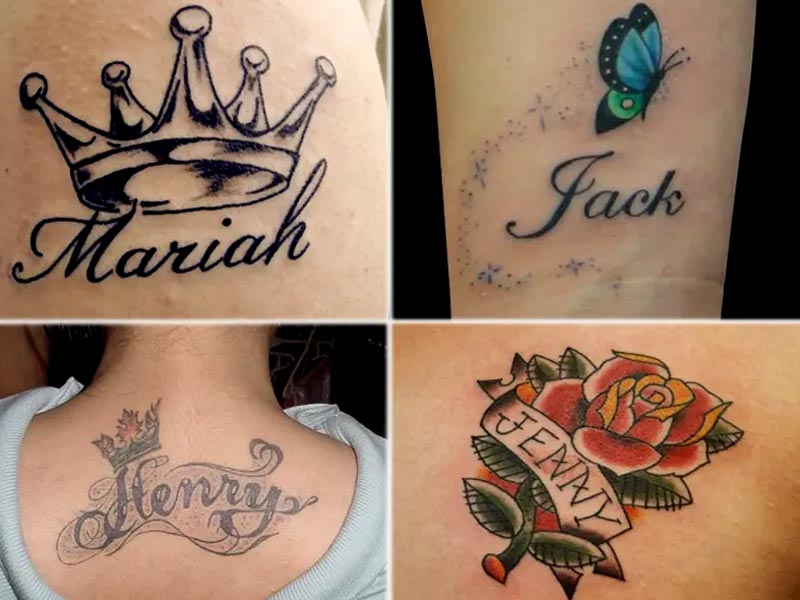 Name With Leaf Cover Up Tattoo

Professional tattoo artists conceal name tattoos using leaf tattoos, which are the simplest and most appropriate tattoo cover-up option. Different name tattoo designs that include extra features other than the name itself with simply a leaf or a feather over it, on the other hand, have less potential for concealment.

Here's an example of a name or word tattoo that says, LOVE. A feather tattoo is used to hide the word. 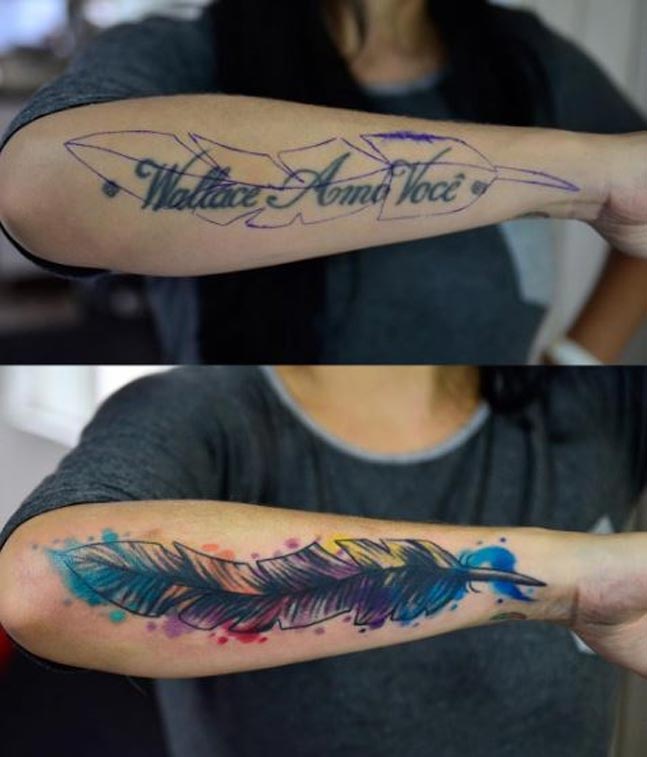 Tattoo of a Name with a Rose as a Cover-Up

Rose tattoos have become fairly popular in recent years. They are both masculine and feminine in nature since they reflect various male and female characteristics. Covering a name tattoo with a rose tattoo is a simple yet elegant solution. In a tattoo shop, you will see a variety of rose tattoo cover-up ideas. 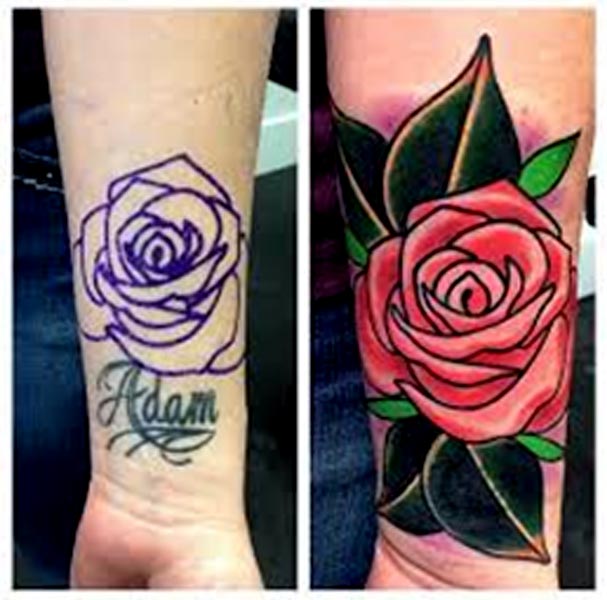 Tattoo of a Name with a Skull Cover Up

One of the greatest tattoo ideas for men to seem eccentric and manly is a skull tattoo on the hand or anywhere else. Skull tattoos are frequently used by tattoo artists to hide various name tattoo designs, depending on the size, age, and ink of the preceding tattoo.

Here's an example of a name tattoo with the letters KIARA and a skull tattoo that hides the previous tattoo. Because the ink for the name tattoo is black, it's simple to cover it up with a black-ink skull tattoo. 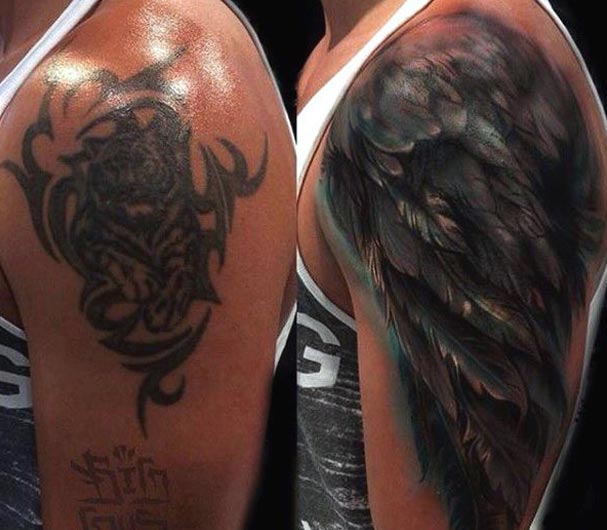 Tattoo Cover Up Name With Mandala

For example, here is a person who regrets having a name tattoo on their back, which is easily disguised by a mandala tattoo. Check it out to see if it's right for you!! 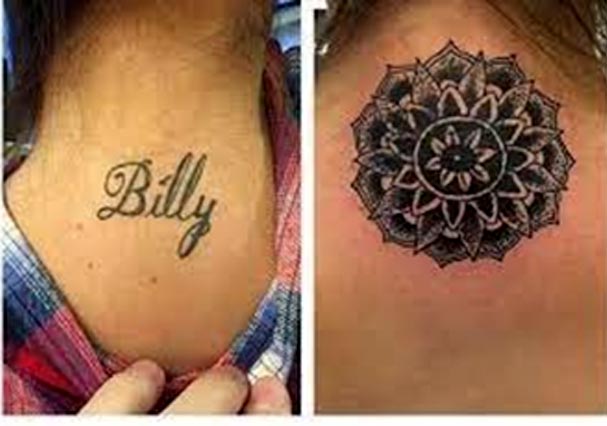 For a nature enthusiast who wants to hide a tattoo, tree tattoos on the forearm are the perfect option. If you have a tattoo on your sleeve that you regret, woodland sleeve tattoos are the ideal option for you. If you have a tattoo on the top side of your forearm, you can also have a forearm tree tattoo. For example, here's an example of a name tattoo being hidden so easily with a forest band tattoo. 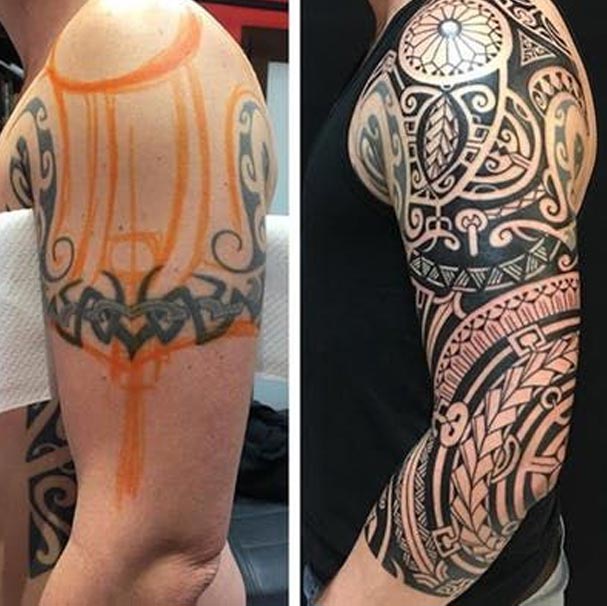 Cover Up Tattoo of a Dragon on the Forearm

A person's favorite fictional dragon figure from a book, a movie, or even a TV series is frequently depicted in dragon tattoos. When it comes to dragon tattoo location, the most prevalent are dragon tattoos on the back, which encompass one's shoulder or the entire back. If you're a fan of Khaleesi's three dragons from the HBO series Game of Thrones, you can get a dragon tattoo to cover up a prior tattoo.

For instance, here's an example of a forearm dragon cover up tattoo for you to consider. Check it out and see if it works for you!! 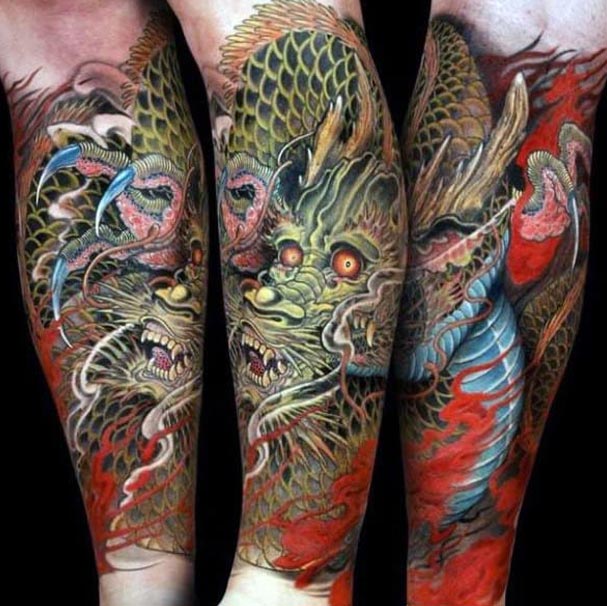 Feather Cover Up Tattoo on Forearm

Professional tattoo artists can conceal a tattoo that is close to the shape of a feather by using a regular feather tattoo or a peacock feather tattoo. Anywhere on the body, a feather denotes the concepts of freedom, courage, strength, and wisdom. A feather tattoo is the finest option if you want to commemorate your tattoo cover-up in an elegant style with confidence and strength.

For example, here's an example of a feather tattoo effortlessly covering up a quotation tattoo. 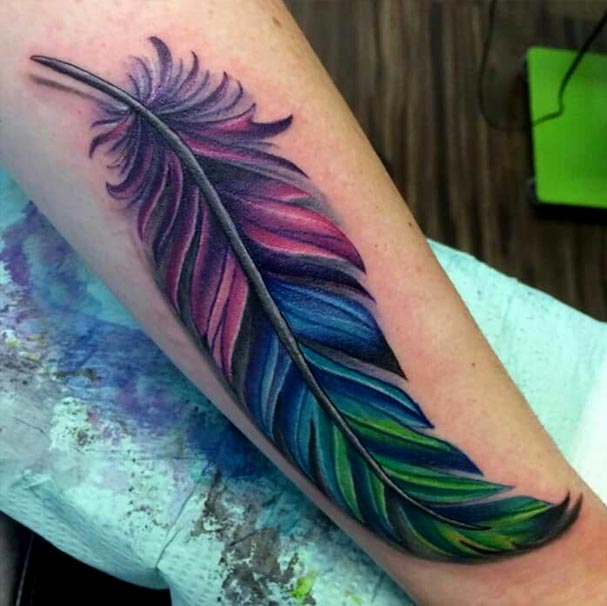 TATTOO COVER-UP IDEAS FOR THE NECK

Ideas for Rose Tattoo Cover-Ups on the Neck 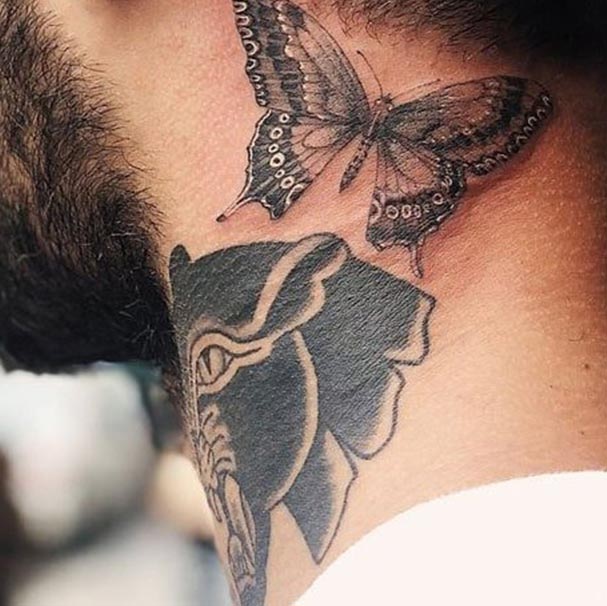 Tattoo Cover Up With A Cross On The Neck 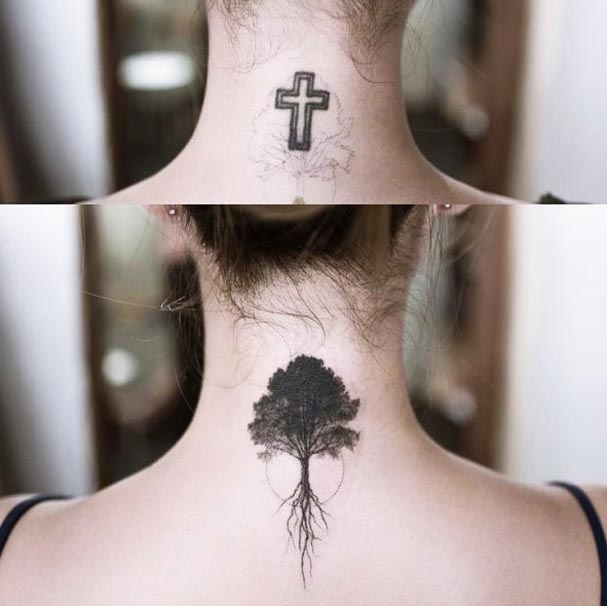 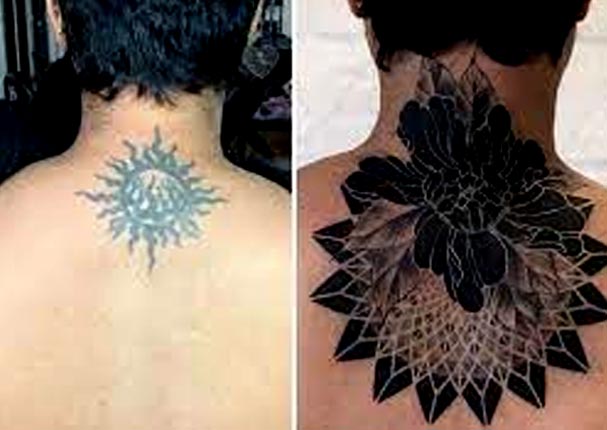 Tattoos are frequently regarded as fashion statements or as a lifetime commitment to an idea. Not every tattoo, after all, should be permanent! This article on diverse tattoo cover up ideas, includes some ideas for disguising tattoos on the neck, back, forearm, and other areas, which we hope you find useful. We hope that this collection of cover-up tattoos will assist you in selecting the best option for erasing negative memories or poor actions.